A place of history

By birth and then by marriage, Madame Ephrussi was to become one of the greatest collectors of her century. For the construction of the Villa between 1907 and 1912, she added the talents of all the experts and merchants, friends of the family ...

Béatrice was born in 1864. She was the daughter of the baron, Alphonse de Rothschild, a banker and renowned art collector and of Leonora, a Rothschild too, but of the English branch. 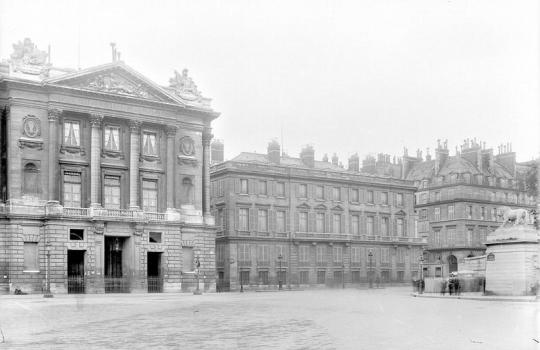 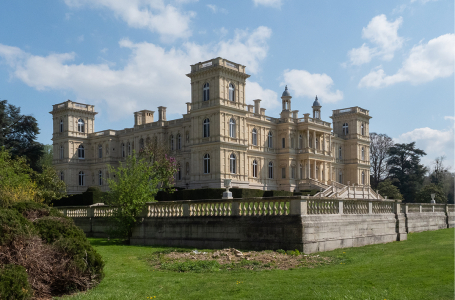 Béatrice de Rothschild lived in two of the era’s most opulent residences: in Paris, in an eighteenth-century palace in Rue Saint-Florentin, at the north-east corner of the Place de la Concorde; and in the countryside, in Ferrières, in an enormous château built by her grandfather, James. 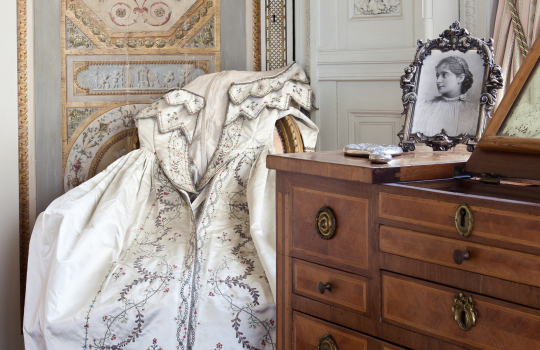 Béatrice was charming and intelligent. Dressed in eighteenth-century inspired clothing created by Jacques Doucet and hats designed by Caroline Reboux, she looked as though she had stepped right out of a painting by Nicolas Lancret. She continued the family tradition of supporting many charitable works.

‘I remember well the face of Mrs Maurice Ephrussi, née de Rothschild, a face with immaculately delicate features, framed by silver hair. She was always dressed beautifully in blue, with a ribbon of the same colour, and a small fox terrier lying at her feet (...) Born into a limitless horizon of wealth, yet not conspicuous, except when she held generous parties and, I remember, in particular, one summer night, when we had the privilege to see—in her gardens, which extended from her mansion across to the sea and were bathed in moonlight—Anna Pavlova dancing to the Chopin nocturnes.’

At the age of 19, Béatrice married Maurice Ephrussi, a Parisian banker of Russian origin, 15 years her senior, and a friend of her parents. Their marriage was celebrated in great style on 6 June 1883 at the synagogue, Rue de la Victoire in Paris. 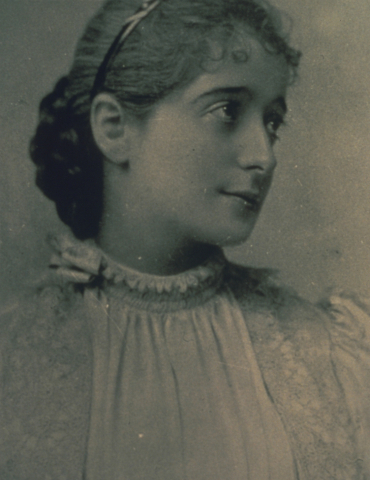 The marriage quickly turned sour for Béatrice. She contracted a serious illness from Maurice, which prevented her from having children. Maurice was a gambler and in 1904, his debts totalled over 12 million gold francs. Worried about the future, the Rothschild family decided to bring Maurice to court. They divorced in June 1904, after 21 years of marriage. 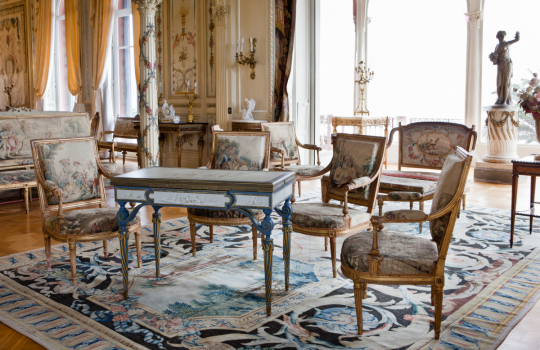 Grand salon - in the foreground, the games table that had once belonged to Marie Antoinette © Culturespaces / Sophie Lloyd 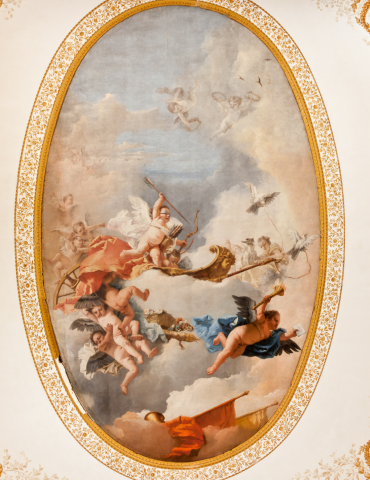 After the divorce, Béatrice turned her attention to one of her great passions: collecting art. She had inherited her keen eye and her taste for beautiful objects from her family. The family motto was ‘Ars Patriae Decus’: ‘Art is the honour of the fatherland’. She acquired a Tiepolo ceiling, eighteenth-century furniture, a games table that had once belonged to Marie Antoinette, a rug commissioned by Louis XIV…

Béatrice's father died in 1905 and the Baroness inherited his immense fortune. That same year, she decided to construct her dream home in Cap Ferrat. When she first discovered this plot of land, she was immediately seduced by the beauty of the surroundings. When she learned of the sale of the terrain and that the Belgian King, Léopold II, was also interested in it, she purchased it without hesitation. 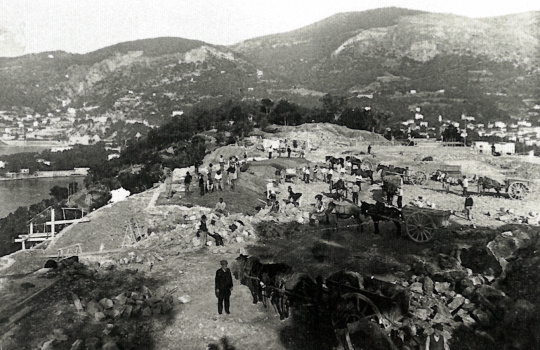 Work on the gardens began immediately and took seven years to complete. The site chosen for the Villa was not particularly conducive to the creation of a garden. Indeed, creating a park on a rocky promontory covered with trees and exposed to strong winds was quite a tour de force. The Baroness had the ground dynamited and large quantities of earth were brought in to relevel the surface. 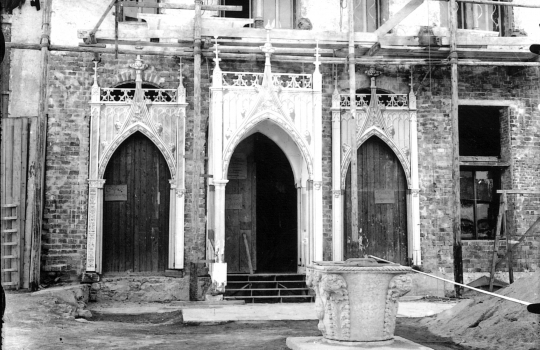 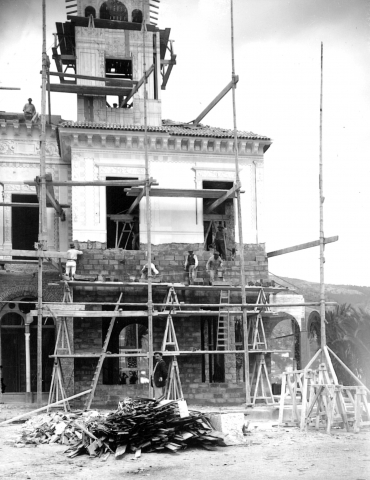 Béatrice was especially fastidious when it came to the choice of an architect. The projects proposed by Claude Girault, architect of the Petit Palais and Henri-Paul Nénot, designer of the new Sorbonne, were rejected. Architect Jacques-Marcel Auburtin was eventually entrusted with the design of the Villa, having scrupulously met all of Béatrice Ephrussi’s requirements.

The Baroness moves into the Villa

Béatrice made the Villa her winter residence and came here regularly for a period of ten or so years, dividing her time between Paris, Monaco and Deauville. 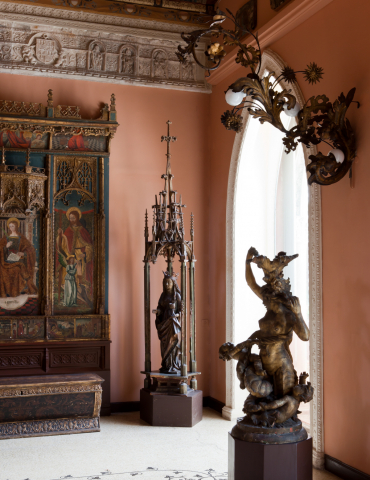 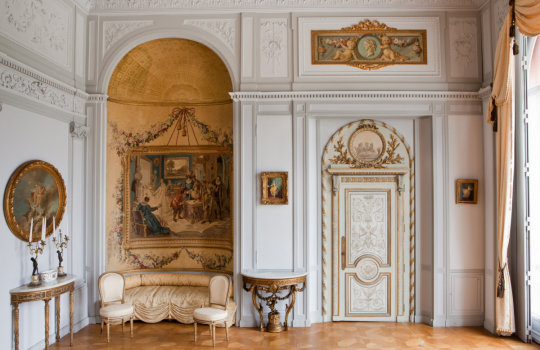 The Baroness Ephrussi de Rothschild made her Villa a true haven for art collectors with porcelain, furniture and paintings by the Great Masters. The Villa was decorated in the Rothschild style, i.e., with the best from each era, resulting in a somewhat eclectic mix! 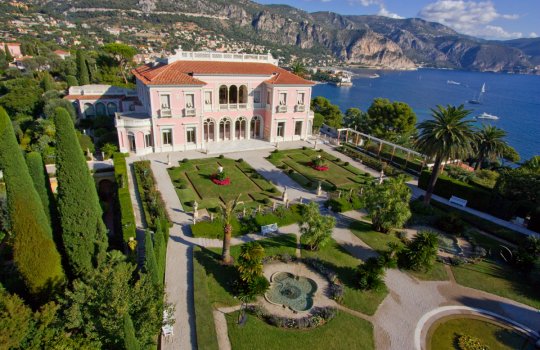 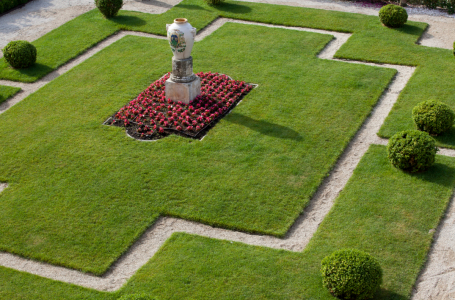 When the Baroness moved into the Villa, four hectares of the gardens were still to be landscaped. The Baroness had given priority to the French formal garden. She created a veritable mobile and living decor: it was not uncommon to see her employees hidden in pyramids of green cardboard, representing cypress trees, or manoeuvring long strips of silver, grey and green fabric in an attempt to determine the exact location of the ponds, driveways and flower beds…

The death of Béatrice

Suffering from tuberculosis, Béatrice retired to Davos in Switzerland where she passed away. One of her relatives would describe Béatrice on her deathbed in the following words: ‘she was still beautiful, with the snowy halo of her hair surrounding the deathly pallor of her face’. 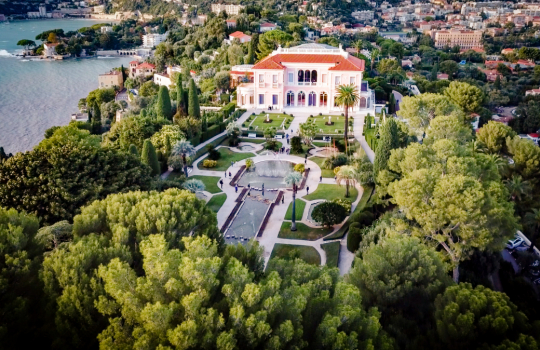 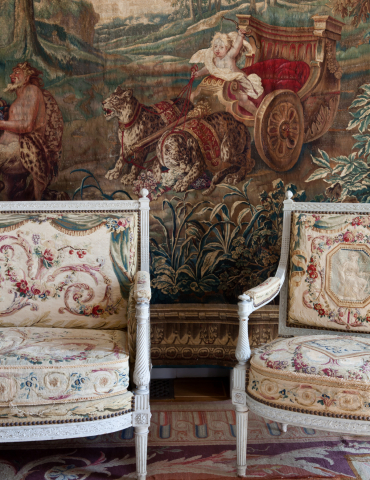 In 1933, a year before her death, Beatrice bequeathed her Villa and the entirety of its collections to the Académie des Beaux-Arts. The Académie also received the 7 hectares of land and some 5,000 works of art. 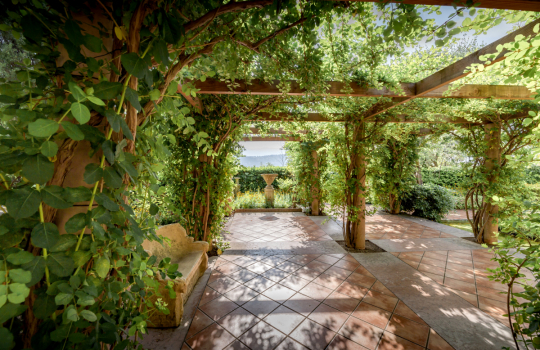 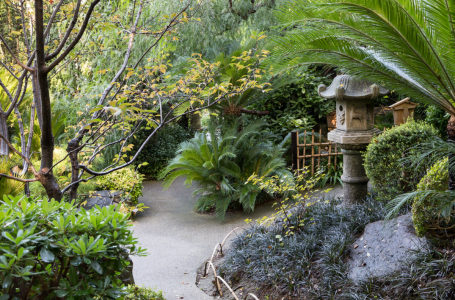 That same year, the landscape architect Louis Marchand was entrusted with designing the themed gardens of the estate: a Spanish, Florentine, Japanese, and Mexican garden. He also had water put in the fountains and renovated the French formal gardens.

During the war, Cap Ferrat was deserted by its inhabitants and the area was mined. The Villa remained unattended and the gardens abandoned for two years. 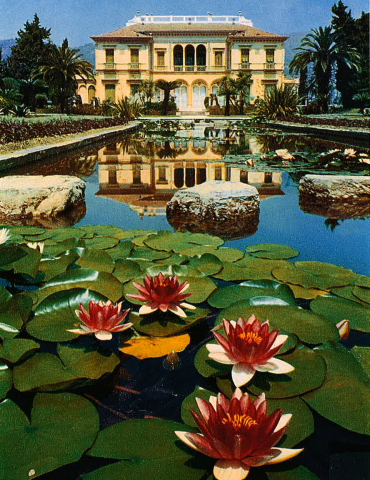 The villa with its initial ochre yellow color before the facades were restored in 1966 © D.R. 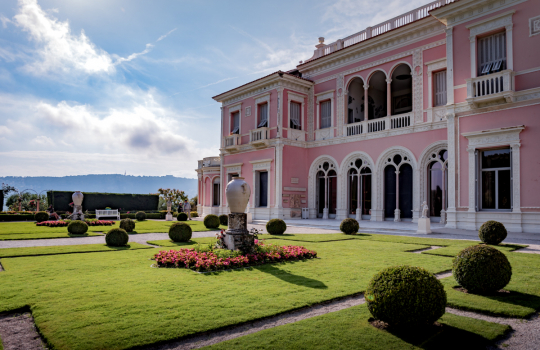 When Louis Marchand returned to the Villa after the war, he quickly began work on the badly neglected gardens, soon restoring them to their pre-war splendour.  The building was also renovated, and a new colour scheme chosen for the facades: once ochre yellow, the Villa was painted in reddish-pink hues, providing it with a Venetian air. 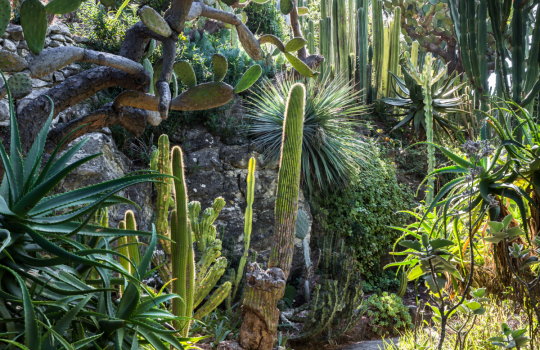 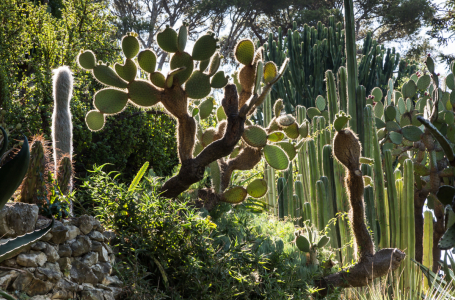 1985 was marked by a particularly harsh winter. The estate lost many of its tall, beautiful trees and almost all of the Mexican garden. The Marnier Lapostolle family, who lived in the neighbouring villa and the owners of a remarkable collection of cacti and rare plants, offered many of the plants from their own collection to the Villa Ephrussi in an effort to restore the devastated Mexican garden, today referred to as the ‘exotic garden’.

The Académie des Betaux-Arts entrusted the management of the site to Culturespaces, which redeveloped the gardens, respecting the original plan designed by Louis Marchand and restoring the Villa’s interior. Several events at the site showcasing the Villa’s splendid gardens are created.